On December 6, 1999, PT Bintang Mitra Semestaraya Tbk received Effective Statement Letter on Notice of Registration of Emissions Stock No. S-2449/PM/1999 from the Chairman of Capital Market Supervisory Agency (BAPEPAM) to hold an Initial Public Offering of 130,000,000 shares with a nominal value of IDR 500 per share to the public, at offering price of IDR 500 per share. The Company listed its shares on the Indonesia Stock Exchange (formerly Jakarta Stock Exchange) on December 29, 1999.

On September 17, 2008, the Company obtained Effective Statement Letter from the Chairman of BAPEPAM-LK No. S-6516/BL/2008 to conduct a Limited Public Offering I (PUT I) in respect of a rights issue with pre-emptive rights (HMETD) to shareholders by issuing 823,200,000 shares with a nominal value of IDR 500 per share at the offering price of IDR 500 per share so that the whole amounting to IDR 411,600,000,000. Each holder of 20 old shares is entitled to 49 new shares attached with 7 Warrants Series I which granted free by the Company.

Warrants Series I are securities that entitle the holder to purchase new shares with nominal value IDR 500 per share at exercise price of IDR 500, which can be done during the execution year starting from May 20, 2009 until November 20, 2013. Since the date of 20 November 2013 Warrant Series I no longer valid and no longer traded on the Indonesia Stock Exchange. As of the end of the applicable Warrant Series I, the holder of Warrant Series I  who  exercised their rights are 24 shares.

Shares listing of PT Bintang Mitra Semestaraya Tbk conducted at Indonesian Stock Exchange with stock code BMSR, the authorized capital of 672,000,000,000 IDR and the issued and paid up capital of 579,600,012,000 IDR. 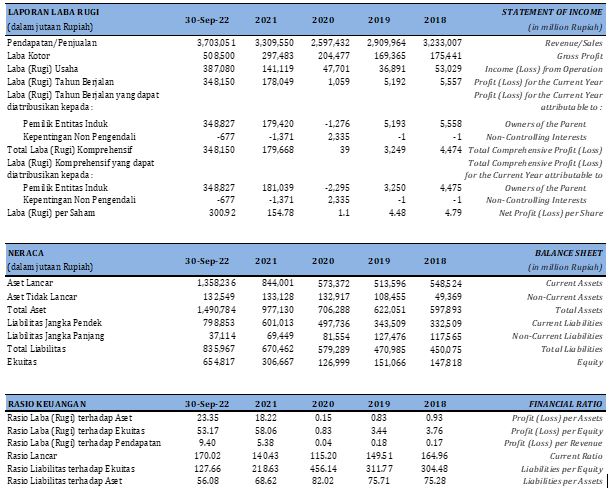